Most people are born with an identity. Parents provide the baby with a name. Grandparents exclaim that the baby smiles just like Uncle Harry, “but that nose! Oh, that’s definitely Aunt Sally’s nose!” Friends comment that the baby is unusually inquisitive. “Look at how she follows the dog with her eyes! She’s going to be a veteranarian!”

As time goes on, parents do their best to manipulate baby’s identity. “He’s such a happy baby! I swear, he never fusses – even when he’s hungry!”

Later, teachers get to take a shot. “Well, I’m not in a position to make a diagnosis, but I can tell you that all of the other children come right to the rug when it’s time for circle, and he just doesn’t seem to listen.” Parents fret that baby isn’t fitting the mold and buy books like “The Strong-Willed Child” to figure out how to fix it.

It’s not until pre-adolecence that we start to figure out that we are able to have some say about our direction. In fifth grade, she decides that she wants to be a tomboy, wear nothing but jeans and flannel shirts, and play kickball on the playground every day at lunch. He decides he’s going to be a Cassanova and sets off on a mission to kiss ten girls before Christmas. We start to push back on the identity that our parents created for us and try to figure out where we fit in relation to everybody else. She doesn’t want to be known as the quiet girl anymore, and starts to hang out with a different bunch of friends. He doesn’t want to be “he” at all, and asks people to start calling him Erica.

I think that’s where I lost the plot. I never created my own me. In junior high, I identified as tall, nice, smart, but not cute – not datable. In high school, I was still tall, nice, and not datable, but I realized I wasn’t smart either. I was slightly above average. I would give myself a 65. Of course, I don’t know who would score themself a 30, so the numbers are probably skewed.

In high school, I was supposed to figure out what version of me I was going to stick with, but I honestly think I was just too tired. Maybe it was because I’m gluten-intolerant, and all of that bread was zapping my energy. Maybe I was on too many committees: yearbook, literary magazine, newspaper, nuclear awareness… Maybe I just was too slow, and everyone claimed all of the good ones before I got a chance to jump in.

For a while, I tried to become interested in politics and social causes; but, being a 65, I never felt like I knew enough to discuss anything in depth. I tried being deep and introspective, listening to a lot of Joni Mitchell and Jackson Brown, and looking at most people like they couldn’t possibly understand. That was fairly isolating, and I got tired of moping.

In college, I still wasn’t smart, energetic, cute or datable, and I was starting to worry. It was getting too late to choose a passion. I was missing the boat. I started smoking pot – and lots of it – because when I was high, I didn’t care if I was directionless.  I was okay right where I was, watching Maryanne, Ginger, and Gilligan put on a talent show for Skipper and the Howells. I was just fine skipping classes and eating bagels in the Atrium, watching the other students go on their way.

Before I knew it, I was a senior, graduating, and going out to find a career for myself. Except, you guessed it, I didn’t have one iota of an idea about what to do with my life. I took a job in the accessories department at Jordan Marsh and got married.  I got a job in sales and had a daughter. I got a Master’s degree in Elementary and Special Ed and had a couple more kids. I opened a tutoring franchise and then closed it 7 years later because I couldn’t make enough money. I got another sales job and a divorce. All the while, I’m still just background. I’m the chorus in the spring musical.

There should be someone who tells you, before it gets too late, that you need to choose a path. Do it quickly, before you get to the fork in the road and discover that doors number 1, 2, and 3 are closed and bolted shut. While your friends are choosing the road less travelled, you end up just headed southbound on Route 95 during the afternoon commute. 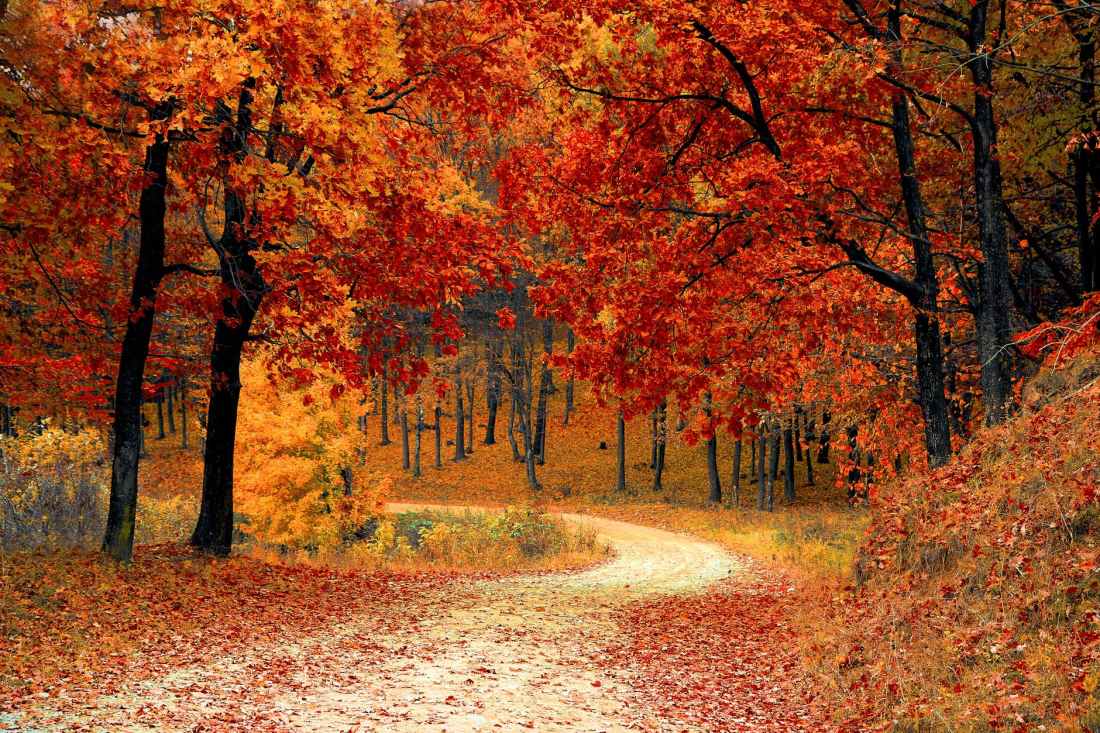 Can you smell the pumpkin lattés in the air? For so many people, especially in New England, fall is the most wonderful time of year.

I get it! It’s beautiful. Watching all the leaves change to crimson and gold and drift to the ground, feeling the first hint of chill in the air, fresh apples from the farm stand, high-school football games, getting your cute sweaters back out of the storage bin; it really is a fabulous couple of weeks… until the snow starts to fly again. I just find it depressing.

What is Seasonal Affective Disorder?

Like nearly 10% of the overall population, I have Seasonal Affective Disorder (SAD.) I actually dislike the acronym, because I feel like it makes the whole thing seem insignificant. This isn’t “sad” like when someone finishes the pint of ice cream you bought for yourself. This “SAD” is a pervasive depression, excessive sleepiness, and/or increased appetite that sets in when the light starts to fade in the autumn. SAD isn’t a diagnosis in itself, it’s a subtype of Major Depressive Disorder; the difference between “depression” and “SAD” is that SAD generally recurs and subsides annually. For me, it usually peaks at about Christmastime, just when you’re supposed to be at your absolute cheeriest, and goes away at about the time we turn the clocks forward in the spring.

Before you read any further, please understand that I’m not a mental health professional. If you feel like you might have Seasonal Affective Disorder, or any other kind of depression, please contact a licensed therapist to help you with a formal diagnosis and treatment options. Here is a link to Psychology Today’s search bar, so you can find a local therapist. Even the most effective solutions to SAD need to be coupled with therapy. Your therapist can also talk with you about whether or not it makes sense to do a short-term antidepressant therapy. This article, however, focuses on a few non-pharmacological options.

So… What are my options?

My doctor told me that it’s virtually impossible for people who live north of Florida to get enough Vitamin D in the fall/winter months without taking a supplement. There’s just not enough natural sunlight. Parker, Brotchie, and Graham (2017) completed an empirical study that showed a correlation between Vitamin-D deficiency and depression.  They also state that taking a supplement helped to alleviate the problem. I had a blood test done which measured my Vitamin D levels and, indeed, it was pretty far below normal. I started taking a supplement about 3 weeks ago, so I can’t provide any feedback yet on whether or not it helps me, but I’m throwing it out there, because it may help you. Have a conversation with your doctor. If he/she recommends it, have a blood test to determine your Vitamin D levels. If you are deficient, the recommendation is 1000 IU daily to bring you up to the right level and then maintain it (Parker, Brotchie, & Graham 2017). You can find Vitamin D-3 at your pharmacy, or if you prefer, you can click the image below to order it on Amazon:

Get a Happy Light!

A literature review study in the Journal of Affective Disorders discussed the link between lack of light and depression. In their findings, the researchers determined that Bright Light Therapy is another tool to put in your back pocket. This is pretty straight forward. You’re not getting enough sunlight, so you’re going to have fake it. I purchased a full-spectrum therapy light and use it daily. I make a cup of coffee and read in front of the light (about 12″ away from my face) for about a half hour. The one I bought (featured below) has a timer on it and will shut off automatically after 30 mins.  I find this to be extremely energizing and can definitely see a difference in the way I feel on the days I use it and the days I don’t.

Try to make just one or two lifestyle changes

Finally, I found a terrific list of lifestyle changes in a 2017 article by Laura G. Leahy. These are all great suggestions that could really make a difference.

One of the most important things I can tell you, though, is that you will feel better eventually. Don’t let yourself spiral down into the pit of despair… Know that there really is a “light” at the end of this tunnel!

*I am a member of Amazon Associates. That means that I will receive a small comission from sales of products purchased through the links on this page. I have tried and would recommend every item I post.